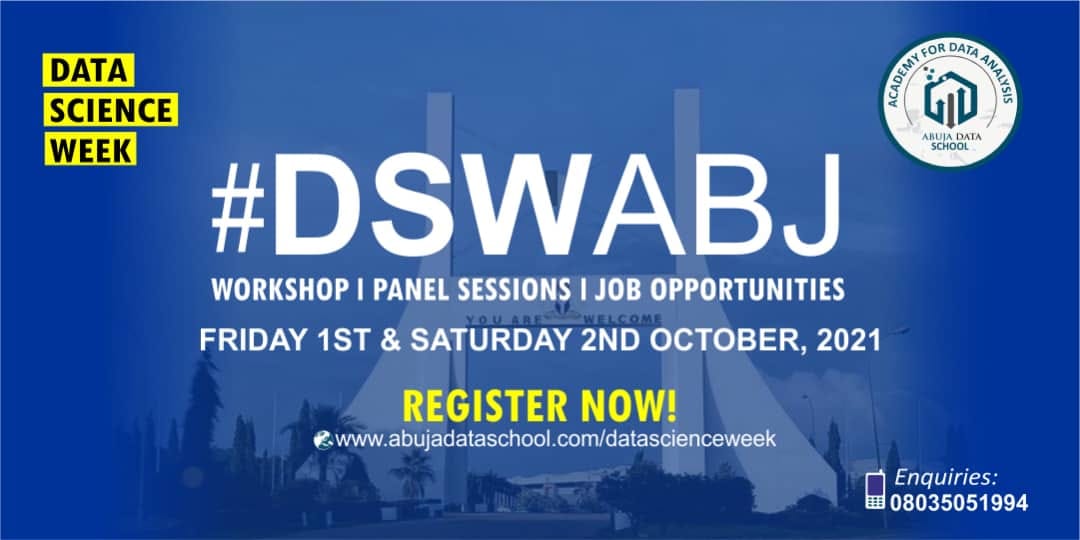 Data Science has been reported by journals of great repute to be one of the fastest growing skills that will be relevant now and in the next decades.

Businesses in their quest to limit wastages, increase yield and productivity are working to adopt Data Analytics tools to ensure that business decisions are taken based on facts.

Venue: To be announced to registered Participants 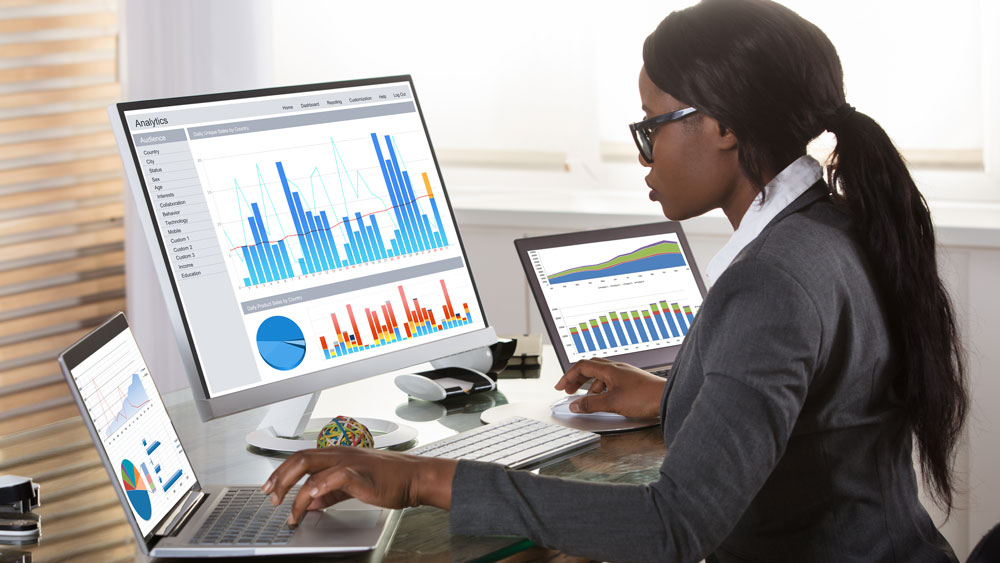 Data Analytics has received major attention because of the innovation and power to dispel assumptions and work with facts drawn from sales interaction with customers and studying the purchasing patterns in order to serve them properly. 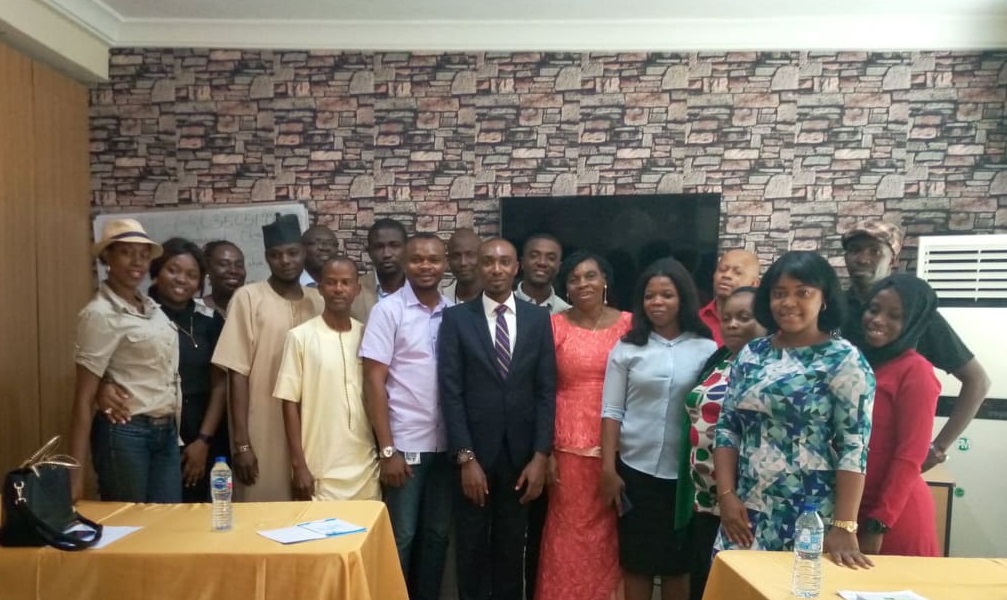 Graduates of the Abuja Data School are trained on these Data Analysis tools with specific industry required skillsets, real life projects and opportunity to intern with any of the organization’s partner businesses in order to learn on-the-job the day-to-day development in Data Analytics.

The internship for successful graduates after undergoing a rigorous training through the duration of the programme are expected to develop a Data Analytics project to solve a real-life situation and graduate upon the successful deployment of this Data Analysis project.

Business intelligence when associated with Data Analysis helps to draw reasonable conclusions and recommendations from the data from which insights have been extracted.

Data Analysis is important to companies because they can now make decisions that are data driven, which also eliminates loss.

The semantics, data analysis, data analytics means the same thing and is only different in the level of experience in using difference tools in Data Analytics.

As the Abuja Data School is poised to be the leader in deploying data analytics training in Abuja, our corporate social responsibility arm organizes free bootcamp for the unemployed to enable gain skills that are relevant and help them secure jobs, become a freelance or start a business of their own.

The Founder of Abuja Data School, Emmanuel Otori, while presenting the certificates, encouraged the graduating professionals to apply themselves diligently in whatever organization them find themselves and seek to raise the bar in the field of data analysis in Nigeria. 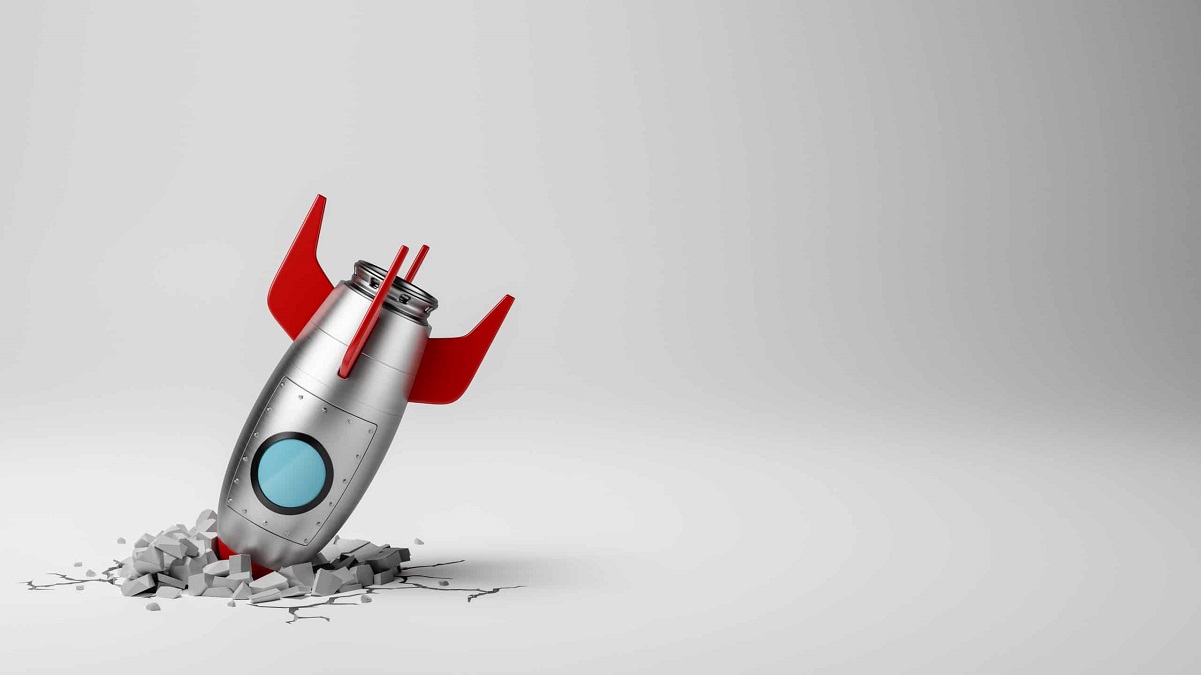 Technological Startups in Africa are innovative about providing solutions to challenges that exist in Africa. However with these solutions come several bottlenecks which eventually create a barrier to the survival and sustainability of the business.

There are several factors that contribute to the failure of startups in Africa and the ability to learn from these failures would support a new way of thinking to help mitigate these risks.

In this publication, I would be sharing risk factors from working with not less than 100 companies in the technological, FMCG, retail, agro, fashion, events, confectionary and manufacturing in providing consultancy services and some of the patterns I found led to the business failure.

1. Huge Injection of Capital Without Traction

Generating and implementing an idea has to go through several stages of design thinking to ascertain the viability of such a product before it is released into the marketplace based on the feedback from prospective end users.

Due to the fact that some early stage entrepreneurs have already built a name in the ecosystem can easily make them access funding even when an idea is still just an idea that has not been properly researched but because entrepreneurs sometimes are also very emotionally attached to an idea sometimes, they can make several assumptions without considering the facts and then begin to seek capital inflow to kick-start this idea.

Traction is important because it signifies growth and growth could be seen in the form of demand which eventually leads to cash-flow. Investing in an idea is too risky and even more risky for an early stage entrepreneur with limited experience and exposure.

In order to ensure an idea would scale, it is important to employ design thinking to limit assumptions.

2. Not Working With the Right Team

Not Working with the right team has huge consequences in itself. A startup should have one core, and it is in the ability to execute with the team. Because most start-ups bootstrap at their early stage, they tend to work with whoever is available and not necessarily the skilled and competent professionals who would hit the ground running and deliver the required expectations.

I remember working in a pharmaceutical start-up where mislabeling of medications occurred because the professional involved was not aware of the procedures as a pharmacist would.

This could have been a huge mistake if it was unnoticed until it reached the retailer who did checks and found out.

The right time would limit the time a task is expected to be done. Startups should never play down on experience, proficiency and competence.

In fact, it is necessary to develop specific in-house procedures for hiring that suits the company’s culture.

A product could be a fantastic one, but if the market is not ready, then its sustainability is questionable. A very innovative start-up that came with the idea of solving the challenges of travel is GoMyWay, this Start-up was launched in Nigeria but did not thrive.

Was the product fit for the market in terms of providing the needed solution to the already existing challenges, I would say yes, however factors such as kidnapping, assault, killings have created trust in the mind of travelers and so this traveling application that was supposed to connect a traveler with a car with another traveler going in the same direction could not survive because safety of travelers was in question.

Several administrations of government have worked tirelessly to make the business environment conducive, however there are still gaps to ensure that the start-ups do not get gagged as their benefits are very key to economic development.

The recent move to create a startup bill to ensure that the interest of startups can be protected is one to secure the sustainability and increase interactions with regulators in such a way that regulations understands the peculiarities of these businesses and work around policies that would not see capital investments go down the ground with just a regulation.

I believe the start-up bill would create stakeholders in the overall value-chain and then ease how business is done.

There are other factors that contribute to business failure and the listed are some common ones that affect businesses based in Africa.

I however believe that as there is an ongoing conversation to create a roundtable for stakeholder’s interaction, there would soon exist synergy in the ecosystem. 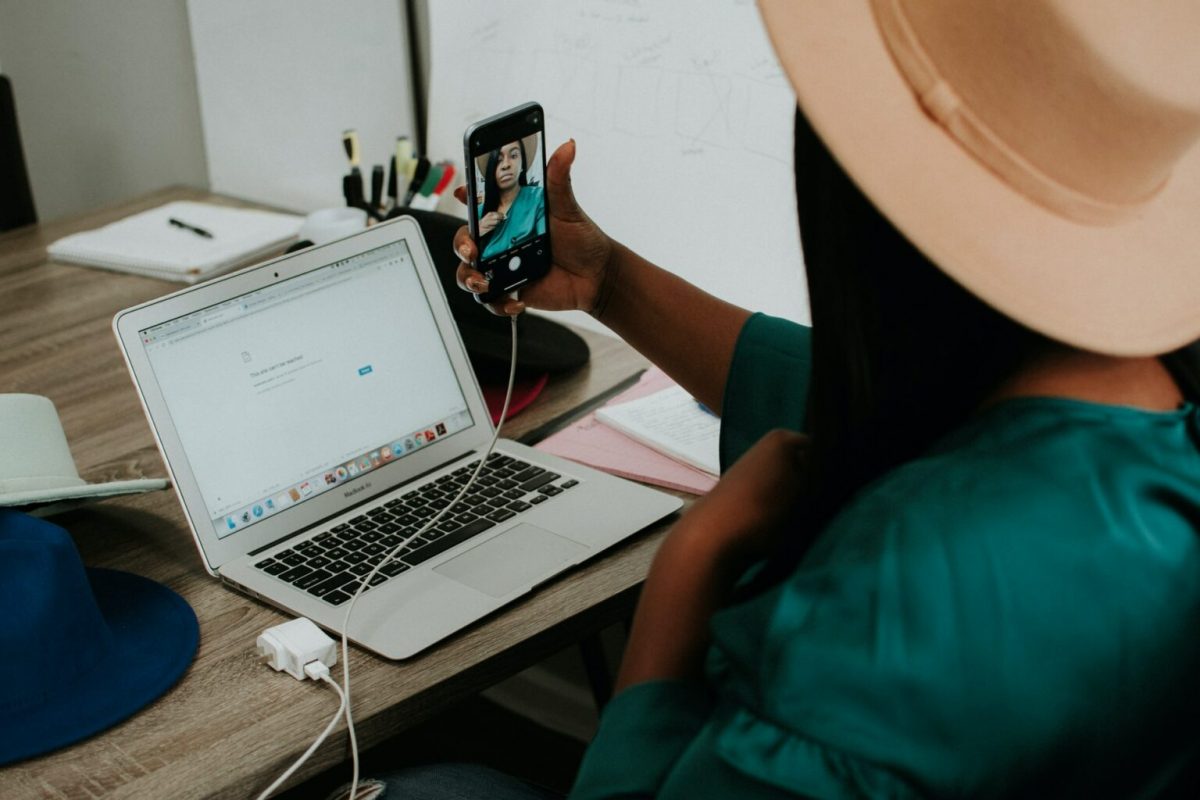 Organizations that are result oriented are usually obsessed with getting the needed work done within the expected timeframe as they also expect to get value for the efforts in maintaining their staff strength.

There are many metrics used to measure productivity in order to ensure the team always puts the expected concerted efforts with the aim of reaching a target goal, however measuring the team’s productivity has unique advantages such as giving their peak at any given time to assigned tasks and avoiding waste of time on unnecessary tasks.

There are consequences if an organization fails to track the productivity of its staff as this would lead to complacency and there would not be much room for improvement since the state of individual and corporate productivity are unknown. 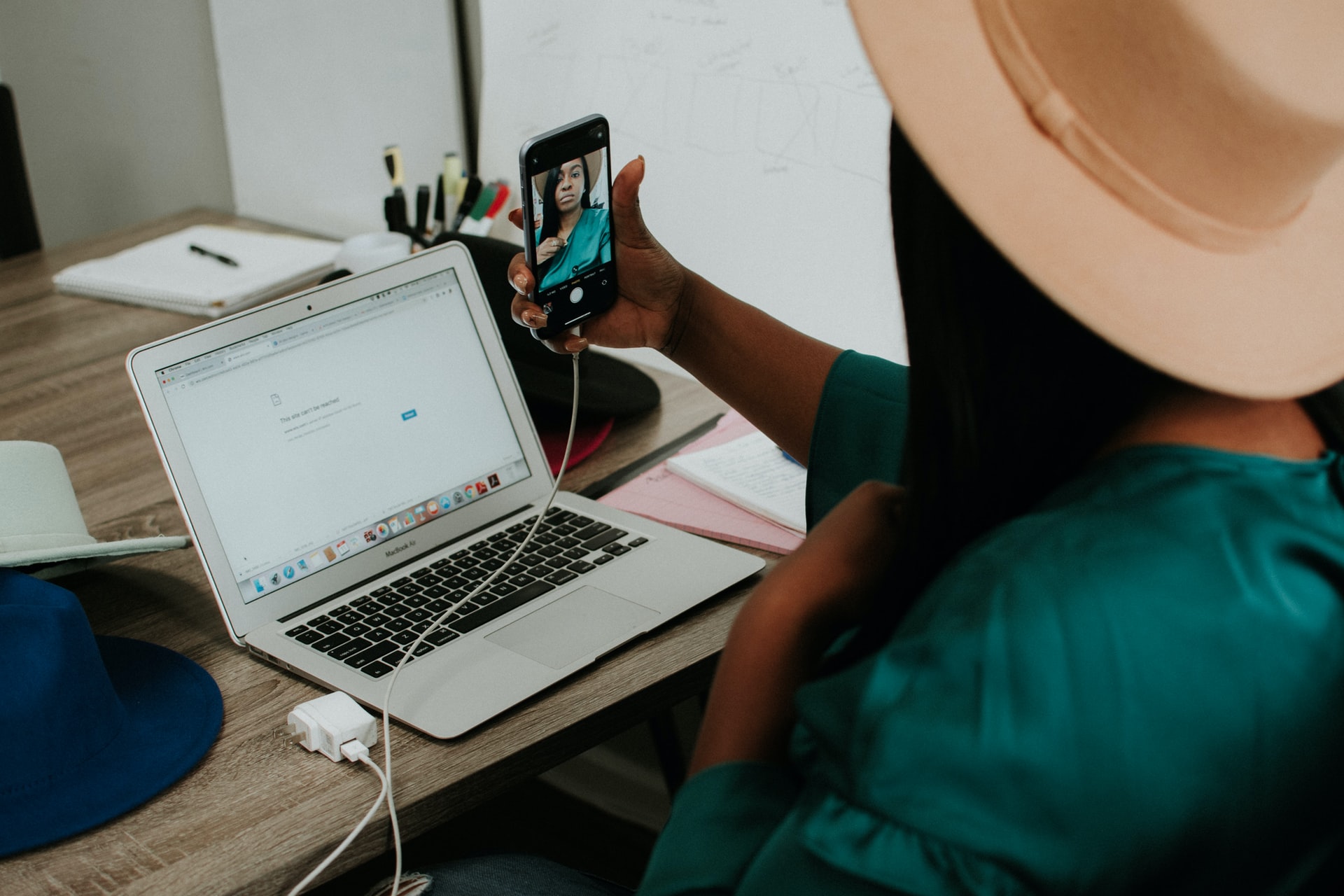 Different technologies have been developed to keep track of time which can then be used to calculate the total utilization of particular staff. Although the total number of hours spent does not necessarily imply the greatest productivity. Tools such as the digital log in with fingerprints have helped to make progress, but on the other hand, are timesheets which is a website or an app that can be installed on a mobile device. A person can clock in and clock out and as well go on break. It is very helpful because the moment a person logs in, it informs the admin of the particular time a login is made by sending an automated email. Pictures of the staff logging in can also be taken while logging in not just to track time automatically but the authenticity of the location, clothes worn and facial expressions. Metrics of all logins are then summarized daily, weekly and on a monthly basis.

Lack of organization on what tasks should be prioritized could lead to randomness in carrying out a job function, however, with a to-do list, weekly tasks can easily be scheduled by each individual. The task of every staff member can also be seen by everyone and not just the admin. When a task has been completed, it can be moved to a new tab called “done or completed”.

The overall weekly task can now be broken in daily priorities of what should be achieved. A team member can easily be motivated to work on their task as the progress made by others can be seen.

While emails are important for work-based communication, there have been ethical issues around whether team members should keep their official email active on their mobile devices or not when work is completed for the day. Although most email services have features to support the receipt of official mails on mobile devices, it does not significantly support team collaboration especially on other office activities such as quick reminders, memos, an emergency meeting or informal schedules.

The encryption in the use of these platforms is also necessary in order to keep the confidentiality of every conversation.

The user experience (UX) in the use of tools to support or replicate a physical experience is a fantastic approach most especially when a team has to brainstorm on a variety of ideas.

One way to keep track of what the future holds is to record every single thing. Executives are usually involved in a plethora of activities and although the brain can keep millions of information, it is best to always have the good old diary for keeping important meetings. Online diaries in the form of calendars can now help professionals become productive as they can get reminders of upcoming meetings or events without having to forget what matters

There are many tools to help maximize productivity and I hope the ones reviewed here would help add value to respective job roles.

Hi, How Can We Help You?